Devil’s Tower, Worth Risking Dying For by Luke Mehall 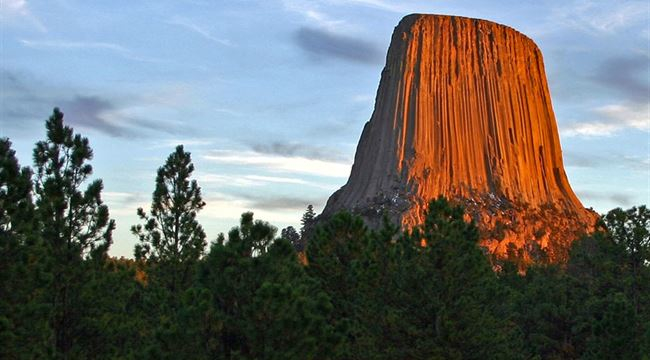 Devils Tower is one of those destinations, one of those rocks in the world that makes you think something divine happened there to create it. In the middle of the plains of Wyoming it rises some eight hundred feet in the air, a perfect cylinder of granite with cracks of all kind going up it.

[story by Luke Mehall, publisher of The Climbing Zine and author of Climbing Out of Bed] 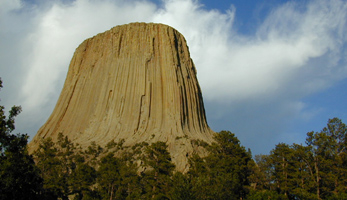 I made the trip there with Caleb, the first person to ever take me climbing, a wiry, strong, hippie character who I went to high school with. We’d both moved out to Colorado around the same time, and when he suggested we make a climbing trip during my first summer in Gunnison I agreed. He wanted to climb in the Wind Towers in Wyoming, and initially I was on board with the idea. After some research I found out that there was a long approach into the area, and many of the climbs were a thousand feet long. I was terrified with fear and doubt, and became paralyzed with the thought of climbing there. Eventually I confided my fear in Caleb, and he reluctantly suggested we climb at Devil’s Tower instead. We met at his place in Fort Collins, just north of Denver, and then drove up north into Wyoming.

My memories of Devil’s Tower are hidden beneath a decade plus of other memories, hundreds of climbing days, a dozen lovers, a college degree, a million cups of coffee, a thousand beers, yet somehow these memories, especially the day we climbed to the top, become crystal clear, like a mountain stream.

We spent our first couple days getting used to the stone, climbing up some single pitch routes, just a hundred feet up the tower, and then coming back down. Mountaineers might call it acclimatization, a rock climber doesn’t really have a name for it, but feeling out the vibe of an area, and getting comfortable on the rock is always a wise decision. Climbers usually perform best at areas they know well, familiarity leading to success.

So we spent a couple days getting comfortable, Caleb had already spent some time at Devil’s Tower when he was younger, so he was probably waiting for me to catch up to his level. After getting used to the cracks of the tower, we decided that we’d climb to the top.

Devil’s Tower seems like such a strange name for a place that has such an empowering energy to it. It is a sacred place to the native tribes, and every year it is closed to climbing for the month of June. That morning we started up I was starting to feel the energy more than ever. As we approached it we were no longer just looking up at it, we were experiencing it. At the base of our selected route, Soler, we wrapped our hands in athletic tape, and started up.

It was a hand crack, the kind of climb that swallows your entire hand and then you jam your feet in as well, and when mastered feels as secure as vertical rock climbing can ever feel, like vertical hiking. At this point I’d only climbed a few hand cracks, and my muscles weren’t conditioned to it. Standing at the base of Devil’s Tower, with steep granite above my head, I was about to step out of my comfort zone, and enter a world of something new.

To Caleb this wasn’t really a big deal, in fact I think he’d done this route previously. Now for me I don’t think it would be a big deal either, but that’s not what climbing is about, it’s about those moments you have on the rock, living in the moment, dealing with what fear comes up, and managing the situation, to success, or admitting that today is not the day, and backing off.

But that day was the day, there wasn’t a cloud in the Wyoming sky, and the sun beat down on the tower as it has for years. I tied into the rope with a figure 8 knot, the knot of endlessness, and Caleb put me on belay. This was the steepest crack I’d ever led, and the hand jams were secure, but the higher I got the more desperate it felt. I dug deep within, and kept jamming, I was giving it an effort that I’d never given a climb before. Sweating, breathing heavily, Caleb was sending up encouraging words, as I hand jammed, and slammed my rubber climbing shoes into the crack, inching up higher. The climb demanded more and more effort the higher I got, I was at my limit, maybe past my limit. I breathed harder and harder, striving to hold on, as my arms became more and more pumped, exhausted. I suddenly was more in the moment than I’d ever been in my adult life, with my existence defined by my limbs being shoved into this granite crack. And then I could see the anchors, two bolts, above a small ledge, marking where I would belay. I mustered what strength and energy I had within, and climbed to those anchors, and clipped in, attaching my rope to some carabineers.

A wave of emotion overtook me as I looked down the climb and out onto the plains, I cried tears of joy. I’d pushed my body and mind to the limit. I pulled up the remaining rope and put Caleb on belay. I was on cloud nine. When Caleb joined me I was about to express my joy, but before I could he started cursing about his shoes being uncomfortable.

Caleb led the next pitch, solidly jamming upwards, and that was the end of the difficult climbing. It was nothing but scrambling up loose blocks in barely vertical terrain to the top. On top was a summit register, which we signed. I don’t recall what I wrote, but there was a quote in it, “climbing isn’t worth dying for, but it is worth risking dying for,” from the great Wyoming climber Todd Skinner. Years later Skinner would tragically die in Yosemite in a rappelling accident.

Caleb and I shared the moment of being on the football field sized, grassy summit together. He’d brought me there, in more ways than one. He first took me climbing in Illinois when I was still a teenager, looking for direction, looking for something. Why he did maybe I’ll never know, maybe just because I asked to, maybe because he needed someone to belay him. But either way he shared climbing with me, just as climbers have always done amongst friends.

On the summit I couldn’t help but think of a story I’d heard about one of the first people to ever reach the top of Devil’s Tower, George Hopkins. It was the fall of 1941 and he was a parachutist who had jumped out of a plane onto the tower to win a fifty dollar bet. 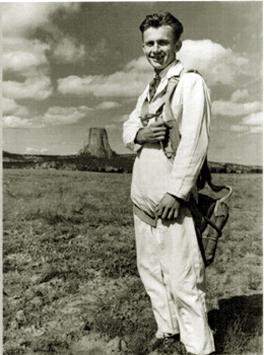 He’d hoped to make the descent with a rope that was dropped out of the plane, but something went wrong and he was stranded atop the tower. The National Park Service began organizing a rescue, and weighed their options. Eventually they accepted the offer of Jack Durrance, who made the second ascent of Devil’s Tower in 1938, to lead the effort. Meanwhile Hopkins had food, water, blankets, and a bottle of whiskey dropped to him, with assurance that help was on the way. He spent five nights alone on the summit. Imagine what he must have been thinking. These days people climb up and down the tower all the time, but at that point in history only a handful of people had every been up there. On day six he was rescued by the team that Durrance led, with seven other climbers, and they led him safely down from the summit making several rappels.

Caleb and I shook hands, looked around some more at the unique panoramic view of the Wyoming plains, and rappelled down the tower.

Luke Mehall is the author of Climbing Out of Bed. His second book The Great American Dirtbags will be released in April of 2014. 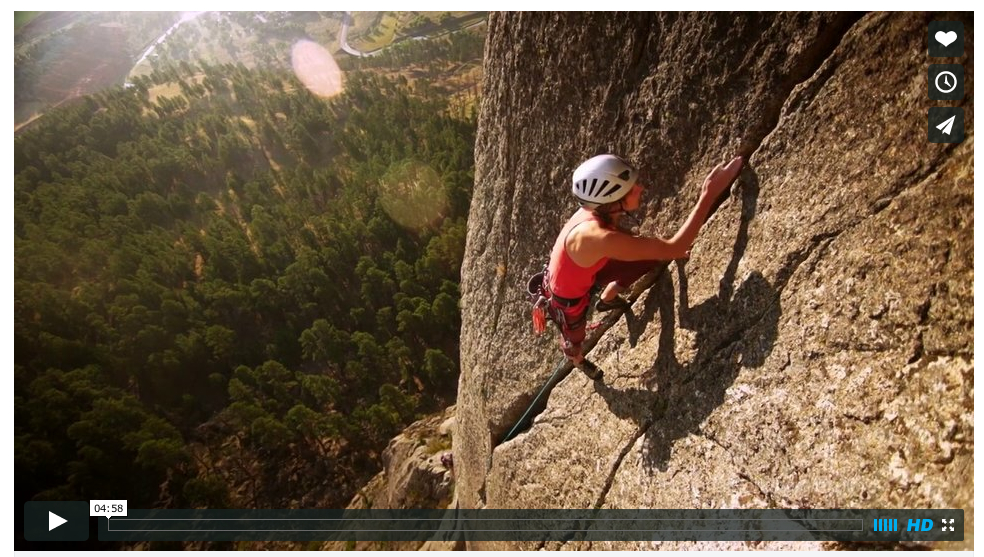 Check out this sweet video of Jenn Flemming’s first trip to Devil’s Tower.

Mountaineering Changed My Perspective On Beauty by Rebecca Ross
December 2, 2022

Reflections in The Black by Vic Zeilman
November 19, 2022

As Long As Life Endures: A Climber Wedding by Sara Aranda
October 31, 2022