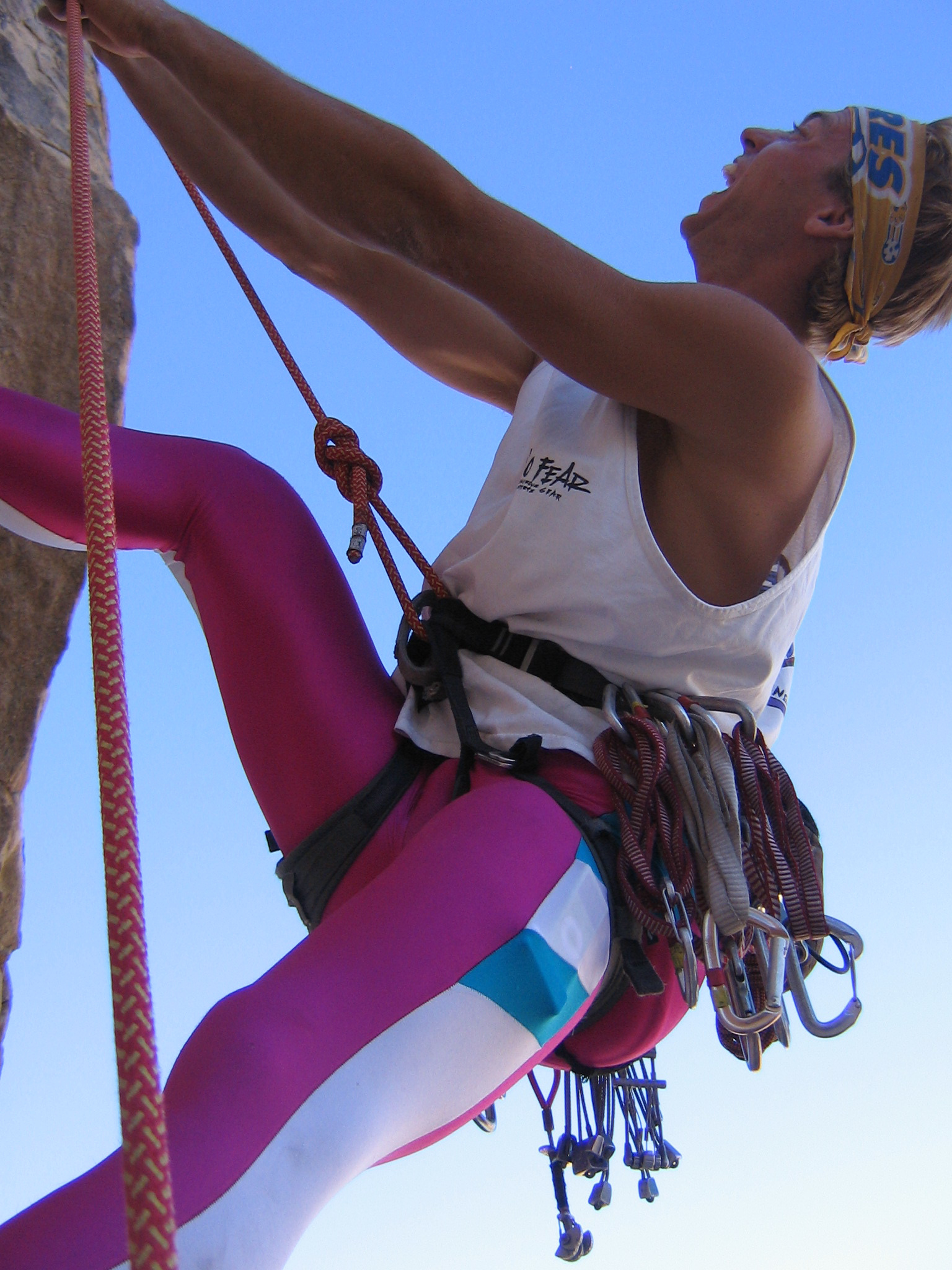 My favorite thing about climbing is that if you try hard enough you can always be a champion. It doesn’t matter if you are the best, it matters how it feels.

The Birthday Challenge is a concept passed from climber-to-climber, and I was first introduced to it by my good friend Shaun Matusewicz, at the age of 25. Nine years later I finally completed my first true climbing Birthday Challenge at 34 years young, at my home in Durango, Colorado.

I’ve always been psyched on the concept, but my birthday is in December, a month when rock climbing and weather don’t always align. 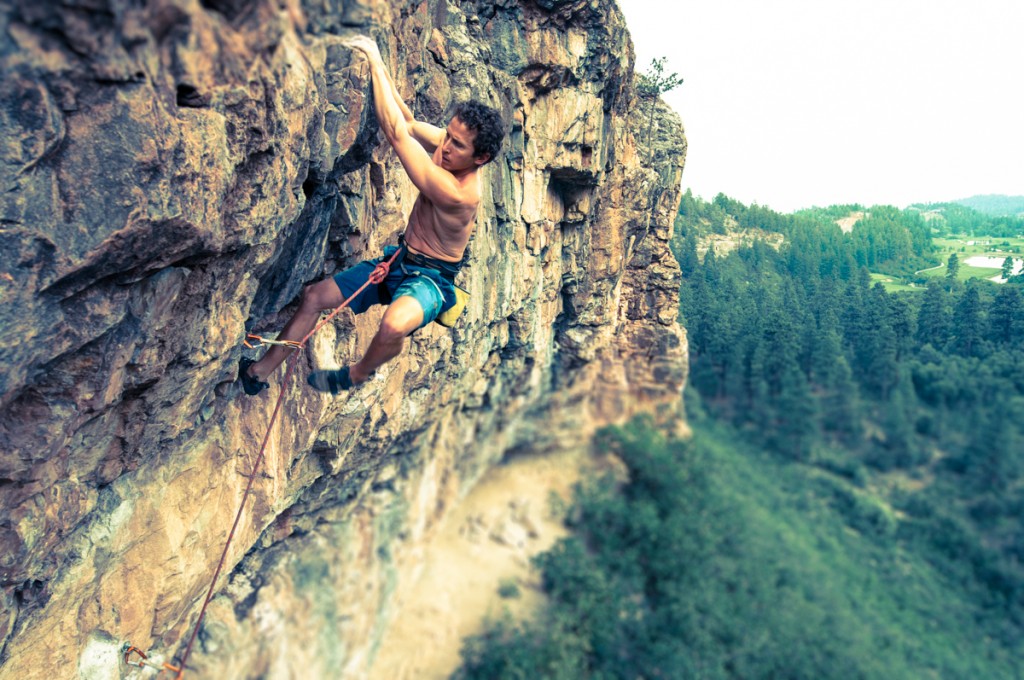 Badger climbing Softball, 5.11+ at The Golf Wall by Braden Gunem

Last spring, while climbing with a relatively new, but equally psyched climbing partner, Jonathan “Badger” Mitchell, we discovered our birthdays were three days apart. To top this off, we are only a year apart in age. I told him about The Challenge, and he thought it was super cool. Together, we decided we would do one together, except we’d bend the rules a bit and complete it in the summertime; with longer days and more sunshine it would be easier to achieve.

We immediately began training for the challenge, doing extra pitches after we’d normally retire for the day. At the peak of the summer we reached 20 laps at our local sport climbing crag, The Golf Wall, an overhanging wall of limestone. Then like the summer does it faded away and we’d yet to do The Birthday Challenge. Our dream continued into the fall, but both of us hit the road more to climb. When I returned from my climbing trip I was beat up and had a couple nagging injuries. The Challenge would have to wait till next year.

But as our birthdays approached The Challenge still lingered in the back of my mind. My injuries were getting better, and I was feeling as close to one hundred percent as a 34 year old can get. At the last minute Badger confirmed he was in, so we figured out the details, and recruited our closest friends for belays and psyche.

The first day of December this year was a nightmare for skiers, but kind to climbers. The high was going to be 50 degrees, perfect sending temps for The Golf Wall. 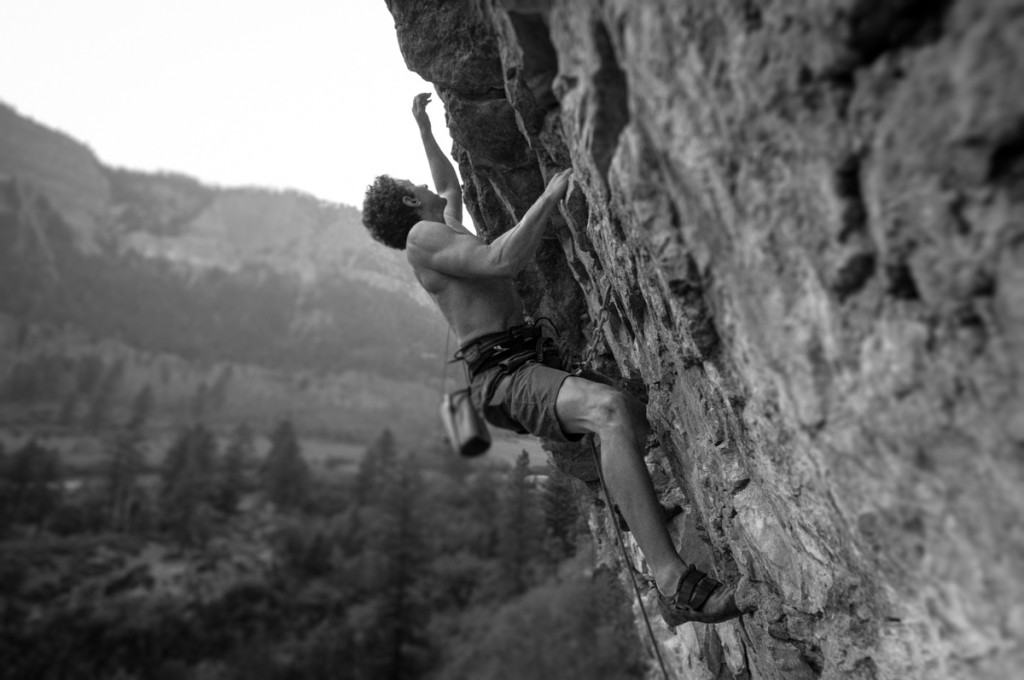 Badger taking a lap on Par Six by Braden Gunem

We arrived at the wall at the perfect time, one of the three 5.10s was just going into the sun, and its reflection on the slick, steep grey limestone wall was an invitation to begin. Badger and I both agreed our first pitches were a little sloppy as our minds were on how big of a task we had ahead of us. We tried to remind each other to breathe and stay in the moment.

By pitch 7 I was very worried because I was already very pumped. I took my first hang on pitch 9, and thought in my head that I might not be able to do this. There were a lot of folks at the crag that day and I also realized my ego was afraid of falling on routes that I normally have dialed. I was afraid of failure.

I failed again on pitch 17, a 5.11 that is an overhanging series of roofs; a climb I have so dialed I often warm up on it. Luckily it wasn’t a severe blow to my ego. I just kept on, and at 20 pitches I resorted to running toprope laps on a 5.10. I think I did 10 laps on this pitch, some were ugly attempts, I felt like a complete beginner thrutching for holds and totally losing all technique. Then a funny thing would happen, I’d remember to breathe and stay in the moment, and my technique got better on the next lap. The mind is the strongest muscle.

At pitch 30 I had a total bonk and consumed all my remaining food, just laying there, gone to the world. Slowly my blood sugar came back and I tied in for four more laps on the last route for the day. My super-stoked friend Tim Foulkes who belayed me for 15 straight pitches was on the other end of the rope, and there’s something uplifting about having someone you’ve climbed with for a decade belaying you. After my 33rd pitch I got word from around the corner that Badger was done with his challenge, and had even led his last pitch. So, with some friendly competition in the air, I pulled the rope, put some quickdraws on my harness and led my last pitch.

At that moment everything aligned, somehow I had energy again, and I felt better at pitch number 34 than I did at number 17. I think I was getting in my own way about being worried if I could complete The Challenge. My mind was playing tricks on me.

After that last pitch all I wanted was a beer and food. After that it was time to dance and party…

Have a great Birthday Challenge story? Email it to theclimbingzine@gmail.com. If we like it we’ll post it up on our blog and send you some free zines.

If you liked Braden Gunem’s photography check out his website at: www.bradengunem.com.

Volume 4 of The Climbing Zine is available in print and as an e-zine.

Luke Mehall is the publisher of The Climbing Zine, and author of Climbing Out of Bed, a definitive collection of climbing and mountain town stories, available as an e-book on Kindle and Nook. The print version was released in 2013.

The Diamond: A Pervertical Genesis by Alexa Flower
April 3, 2014

A Map To The Skyland Boulders, Crested Butte, Colorado
March 25, 2014

Out of The Darkness, Into The Light, Penitente Canyon
December 17, 2012