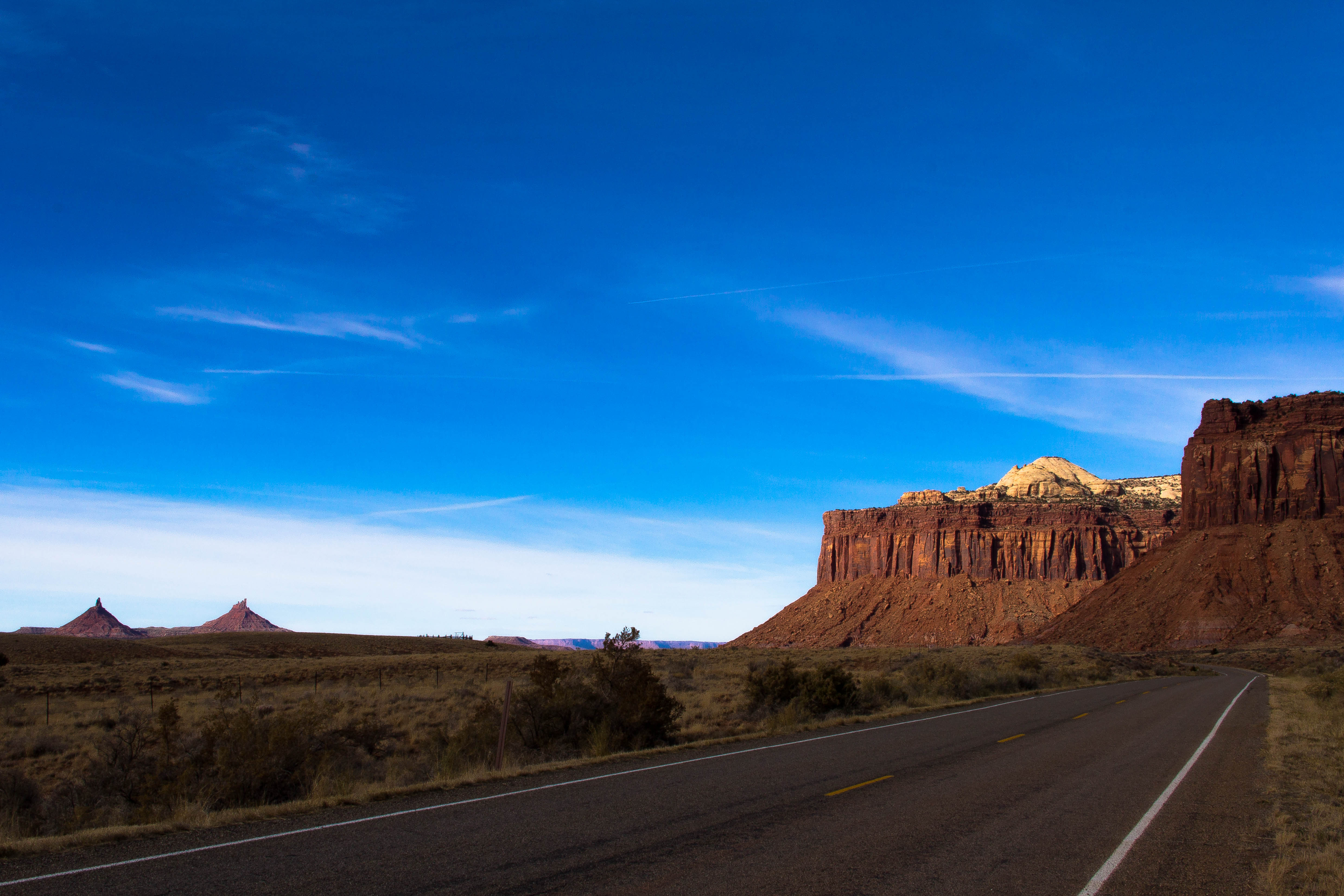 The Pinnacle of Technology, as we called her drifted through the endless space, the time continuum that is road tripping. Flakes of snow silently hurtled themselves at the windshield and accumulated on the invisible roadway beyond our high beams, as if the stars of hyperspace were falling out of solution. 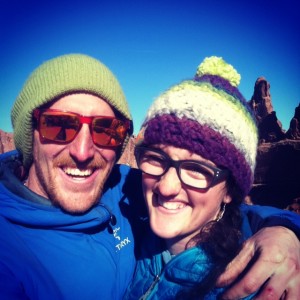 Kevin with his wife, Marge. Sadly Kevin died in a climbing accident in 2013. We love you and miss you K-Bone!!!

The interior of our interstate vessel was a jumbled mess of rushed packing. Canned food, coolers, and cams crowded the cockpit of our Indian Creek destined container. The pungent aroma, unmistakable when one first entered our ship, had faded out of consciousness, leaving only the occasional flicker of light to remind us of its presence. The approaching Thanksgiving fueled my idle brain’s imagination with a grandiose epic analogous to the heartfelt tale of Columbus. However, in my fabrication I was one of four men on board an interstellar ship destined not for The New World, but for a desert world where sheer faces of Wingate sandstone rise hundreds of feet into the air. The fantasy was broken by the approaching flashing hazard lights of a jacked knife semi-truck, just barely visible through the stars falling from solution.

Seconds combined with hours, which melted into minutes, all the while Pandora continuously provided the soundtrack for our adventure. Somewhere in the fray I had been asked to take the helm but declined due to my current inability to remain awake. Perfectly uncomfortable in the cargo hold, sleep gripped me instantaneously, until the sudden deceleration of the transport on the final approach vector towards Moab stirred me from my dreams.

We had wasted the previous day in Salt Lake City between an Indian café, a failed trip to The Front, a few hours at a bar waiting for Pat to arrive, and a marathon of “The Office”. By the third episode chronicling idiotic displays of mismanagement by Michael Scott, it was already dark. Life in the darkened world continued without the natural pause of sleep to package the events into a “day” in one’s mind. Thus, by the time our headlights shone onto the natural spring outside of Moab, I don’t think any of us really knew who we were.

After eternity had come and gone, morning sun illuminated the gargantuan walls of sandstone lining the road, heading south from Moab. The coming day surprised and startled me, as if I believed our vessel had indeed landed on foreign world, devoid of sun. Our southbound trajectory shifted via the magical junction of Canyonlands National Park. As we descended through layers of time, space, and environment our final elevation settled at the base of the Wingate formation. A culmination of geologic process, unknown and remarkable to my naïve brain, created a continuum of laser cut vertical lines.

Initially these lines were an exciting, occasional site, however as we pressed further toward the Beef Basin Road, the lines became common. Rounding the corner dominated by the most classic line of lines, Supercrack, the excitement that perpetually draws me toward the vertical world returned with vengeance.

A fraction of a moment later we stood in reverence at the glory that is Indian Creek; a long forgotten land far from the perpetual stress that defines modern life. Hallowed ground, dismissed as a dusty, dirty, deteriorating destination by the dismissive eye, but delightfully defined as a diminutive piece of our planet dominating many lives. The Creek is beyond the realm of elucidation, hovering somewhere between reality and fiction. A fantasy land bound by thousands upon thousands of adventures, more than enough for a thousand lifetimes. And, this mystic land would be our home for the next nine days, before The Pinnacle of Technology would set a northward navigation through the endless space-time continuum that is road tripping.

Kevin Volkening was a passionate man who had an endless hunger for climbing and adventure. He was killed in a climbing accident in Clark’s Fork, Wyoming in the summer of 2013. This piece was republished from his blog, www.verticallifehorizontalworld.blogspot.com with the blessing of his wife, Marge Volkening. We love you and miss you Kevin.

Dig the words? Please consider subscribing to The Climbing Zine.

Staying Hungry on The Salathe by Brittany Goris (an excerpt)
June 13, 2022

A Venture Backward, Inward, and Upward by Rhiannon Williams
June 11, 2022